Home Azure Short eBook about “An introduction to Logic Apps”

I just released a short eBook about “An introduction to Logic Apps” for the European SharePoint Conference.

“Last year Microsoft has been busy with the Azure platform and introduced a lot of new technologies. One of those technologies is called Logic Apps and is a major step into automating business processes in the cloud. Logic Apps are part of the Azure API apps and finds their origin in BizTalk.

Microsoft is doing a great job by introducing Logic Apps. While they try not to undermine their current tools, they offer, as usual, more ways to allow business to get to their goal. And this is just one of them to watch out for. Logic Apps is the Azure variant of BizTalk and makes it’s much easier to model your business processes. It will definitely change the future!

Since the first release of this great new cloud service I have been busy creating different Logic Apps to get acquainted with the concept and learn how to use it. This article is written to give you an introduction into Logic Apps, to gain more insights in the concept of Logic Apps and how to use them, based on my own experience.

The eBook contains the following index:

You can find the complete eBook at http://www.sharepointeurope.com/community/member/ebook-archive/logic-apps-an-introduction-to-logic-apps
(You need to create an account at ESPC. It’s free!) 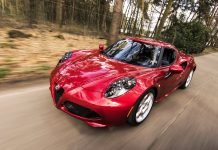