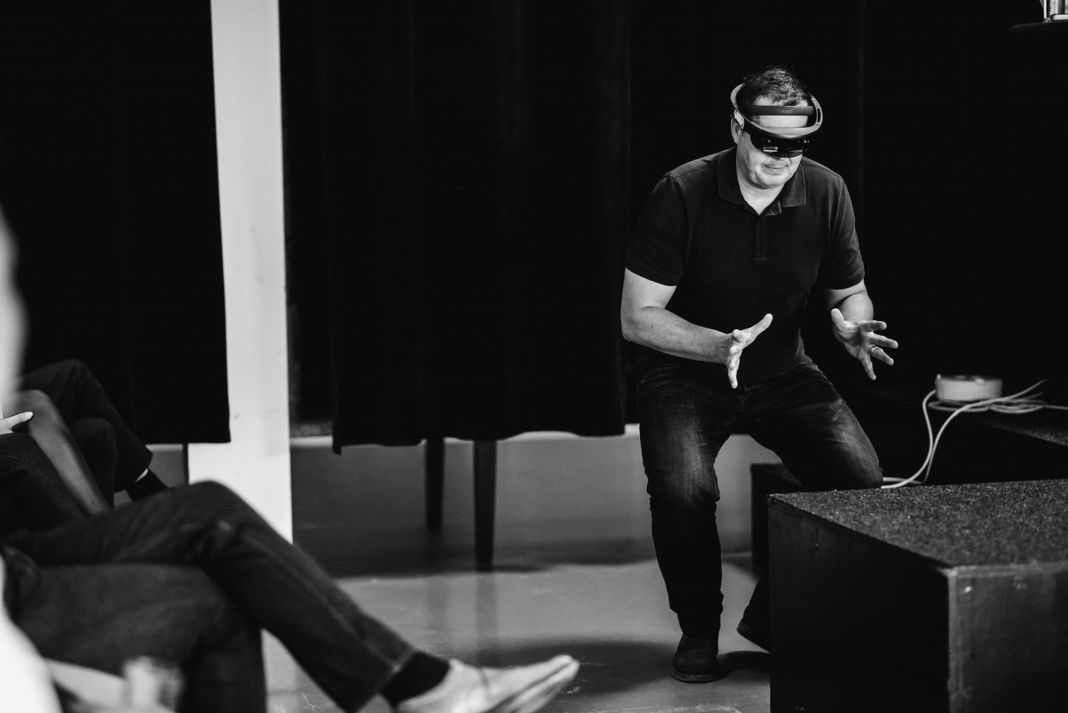 I’m doing a lot of Mixed Reality presentations. Most of them involve demonstrations with the HoloLens device. All my demos are live using the camera stream of the HoloLens. But as many of you know it has a rather large latency. In some cases more than 5-10 seconds. I tried a lot! Even start using a separate router which i bring with me to every event. But still the latency is bad.

But know it is not anymore!! Currently i’m running on the RS5 preview build on one of our HoloLens devices. And i have to say it is possible to have a live presentation feed of the HoloLens device camera without any latency. Since the RS5 build you have the option to connect to a wireless display or audio device. And that is cool because you can make your laptop also a wireless display. 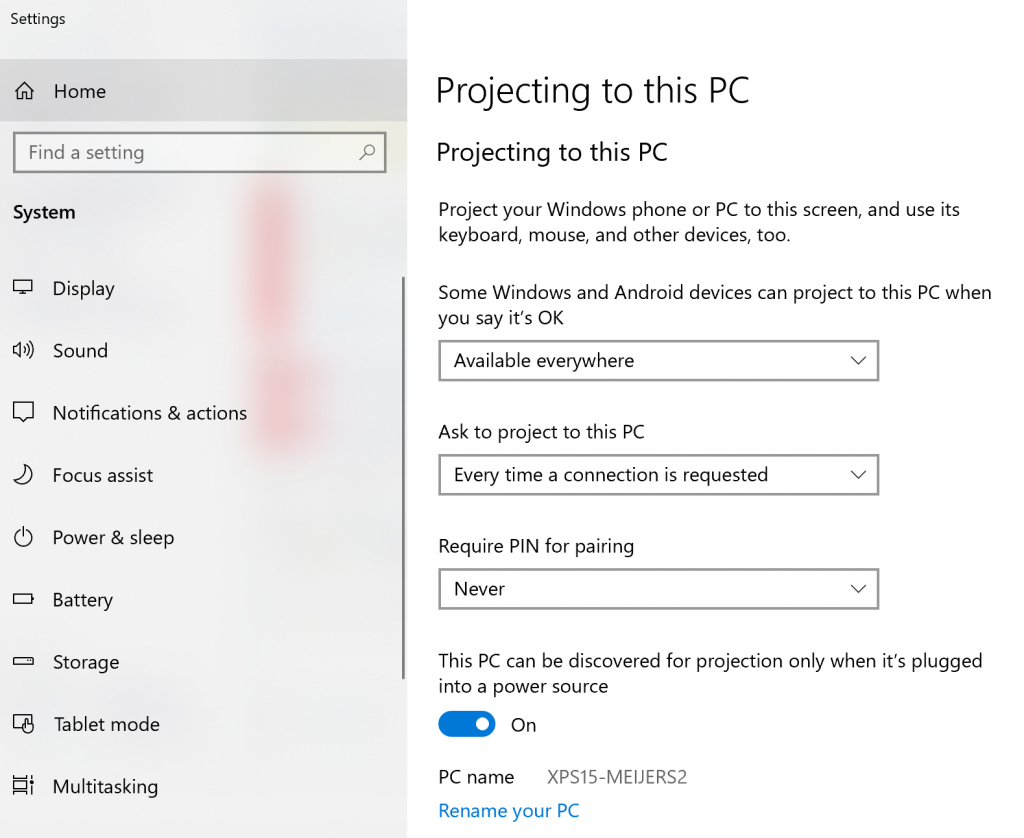 In Windows 10 there is an option under “System” called “Projecting to this PC”. It has a number of settings which allows you to enable your PC as a wireless display as you can see above.

Now start an app on your HoloLens. Since this build they have created an additional menu which is shown when you use the bloom gesture during a running app. At the right there is a button with a WiFi symbol on it. Select it and a dialog will appear letting you to select a wireless display.

If your PC is configured to be a wireless display and it is on the same network it will appear in the list. As soon as you connect to your PC the video feed is streamed live to your PC without any latency. Depending on the settings made in “Projecting to this PC” a pin is requested and or access is asked before the stream is shown.

Great work Microsoft and the HoloLens team! Finally my demos without any latency! 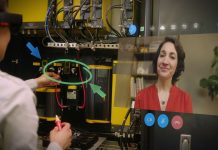